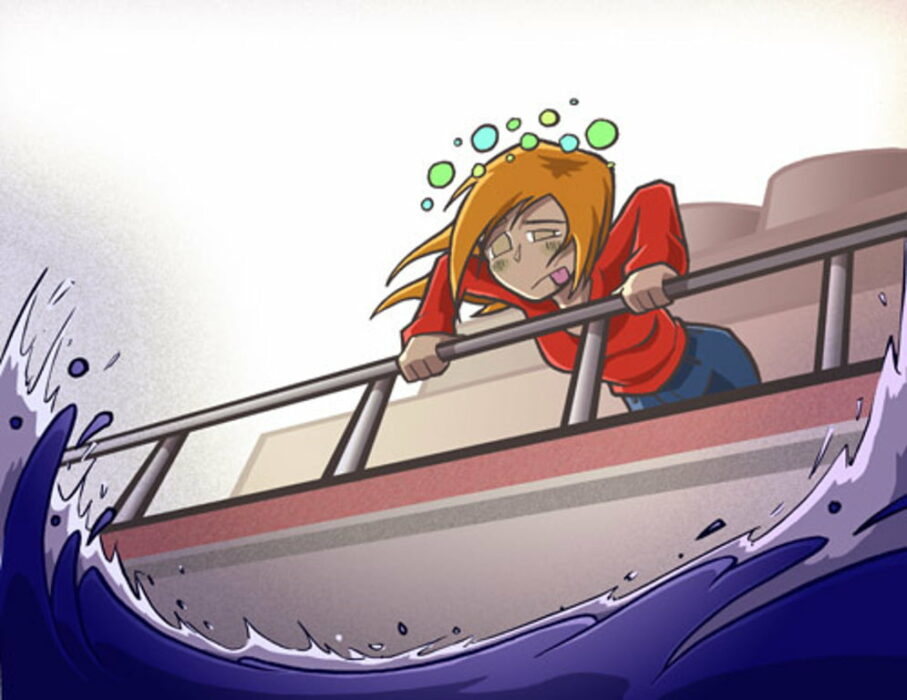 Sea Sickness caused by boat motion can be a serious problem for sailors. Not only does the sick person feel terrible and become incapacitated but the dehydration that may result from repeated vomiting can become a medical issue. Therefore it’s important to know how to prevent seasickness.

About 90% of people will experience seasickness or motion sickness at some point in their lives. If you’re new to sailing or have ever experienced nausea or dizziness on a boat, it’s worthwhile to take steps early to prevent seasickness. Once seasickness occurs, it’s too late to do much more than cope with it as best you can.

Even with many medical studies and hundreds of years of experimenting with how to prevent seasickness, no one method or medication has been developed that works for everyone. But various methods do work for different people, so it’s mostly an issue of taking the problem seriously and trying to determine what will work best for you.

Please note: The information below is provided for information purposes only and you should refer to your medical practitioner before following any of these remedies.

Note: if you have a health condition or are taking other medications, talk to your doctor before starting any new medication, to ensure the drugs do not produce a negative interaction.

In most cases, you should begin the remedy well before beginning to experience any signs or symptoms of seasickness. Usually, that means before getting on the boat. But if you start out on a calm day and boat motion later starts to pick up, it’s better late than never. Seasickness often begins with general feelings of drowsiness  – the first sign may be yawning. Don’t wait!