Nature is the best gym 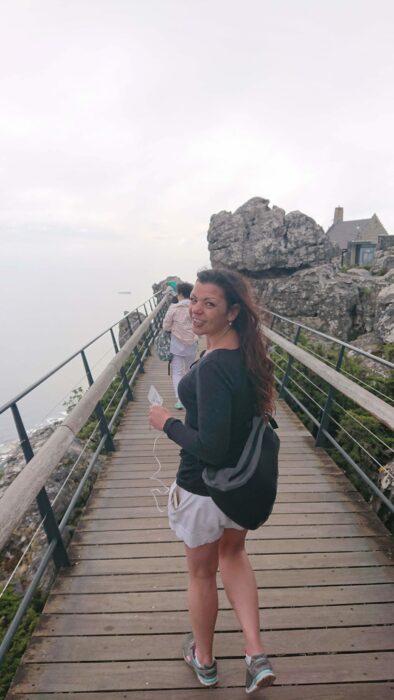 It might be obvious that a good hike through a mountain or forest or up the mountain trails could cleanse your body, mind or soul, it is the new research from science that suggests it might change your brain and in a positive way. Besides the practically instantaneous feeling of Nirvana whilst being in Mother Nature, hiking is said to reduce anxiety and depression. Many of us are consumed by the pressures of the everyday survival game called life. Proceedings of the National Academy of Sciences did a study and they have found that taking some time in Nature can help get through this and by a significant margin.
To do this study, the researchers compared the deep or considered thoughts of all who hiked whether through the natural or city trails. It was found that the hikers who did an hour and a half in a natural environment had reduced neural activity in the subgenual prefrontal cortex, an area of the brain related to mental illness.
The city slickers did not have the same results. It was noted that being in a humdrum environment can cause depression. It is considered that without time out in nature mental illness and depression could be a distinctive result. Nature is needed to save our sanity and our lives.
Ruth Ann Atchley and David L. Strayer, Psychologists, conducted a study that found that reconnecting with Mother nature and ditching technology would make our brains problem-solve much easier. I suppose the brain just gets lazy.The study involved a group of hikers who were stripped from technology for four days, at his time they were forced to think the problems through and it was monitored that their problem-solving abilities improved by 50% as opposed to their counterparts who relied on technical assistance.
The study also noted the differences between how the noise factors of the environment influenced the participants. The group in the natural environment reported less stress and distraction, therefore, being more able to focus. Bonus point feeling more relaxed and able to be more creative.ADHD – Attention Deficit Hyperactivity Disorder -is becoming a daily term in our lives, especially among children. The symptoms here amongst the children are difficulty with concentration, impulse control and hyperactivity.
Prescription medicine is usually prescribed and accepted but this could be worsening the situation especially when natural remedies might be the result sought after and without the price tag associated.
Frances E Kup, PhD, and Andrea Faber Taylor, PhD conducted a study and found that allowing children with ADHD, outdoor time, reduced symptoms dramatically. The results found this could help practically anyone not only children with ACHD.
It is well known that exercise is the needed medicine for our overall life survival skills but it now shows that hiking can burn between 400-700 calories per hour. Skip the treadmill and go smell the flowers, it is also far less taxing on the body than the makeshift Gym apparatus.
You are also more likely to enjoy the great outdoors, therefore, you won’t have to force yourself to do the activity. Of course, there is also safety in numbers and that adds to the whole experience.
The University of Columbia researchers conducted their studies and found that aerobic exercise increases hippocampal volume — the part of the brain associated with spatial and episodic memory — in women over the age of 70. So, Memory loss is nearly a thing of the past as it is not only reduced but just about erased. Stress and anxiety levels are lowered and as bonus self-esteem is elevated and endorphins are released. Medication has been the norm but maybe the answer is just Mother Nature. We are so lucky, Mother Nature is free, well just about and not nearly as costly as any of the sold sports activities available. It is a social activity therefore great for spending time with loved ones, including the dogs. Leave the technology at home and feed your soul, reduce your stress levels and be happier, healthier and brighter.