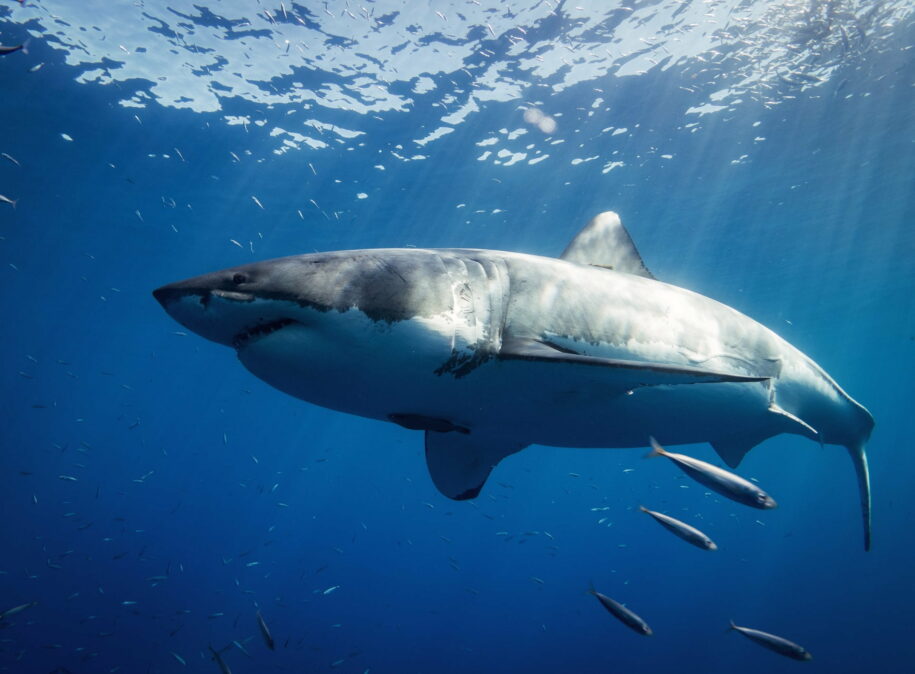 The Great White Shark cannot be kept in captivity:

This is one animal we just can’t tame and quite frankly why would we want to? It is no wonder that the Sea Shepard Conservation Society is dedicated to closing the doors to Sea World. They are dedicated to ending the captivity of marine mammals in general.

With land treading animals you could quite easily mimic their environment and many game reserves and conservationists have been successful with breeding programmes of animals on the extinct list, and I’m all for this. We have taken their natural habitat and invaded it and without ongoing conservation and such, they would simply just become extinct. Sad but true.

With our marine life, recreating their environment has been attempted but I would simply compare it to living in a bubble. Dolphins and other fish are found in most aquariums but this is not possible for the Great White Sharks. It was found that in captivity they would refuse to eat and try to escape their see-through walls by continuously slamming their heads against the glass. Sounds like suicide to me.

Ever try to follow a Great White which has not been tagged. It is just about impossible. These creatures have tremendous speed, they can be seen one moment then submerge to the deepest depths just to pop up beside you in seconds. Scary thought? Imagine how the poor seals feel.

It is no wonder that there are so many, many unknown facts about these Apex Creatures. I have never seen any footage of their mating as a topic, I suppose it’s because they prefer to keep their bedroom habits to themselves and so it should be, poor things deserve some privacy. They have to be romantic in the coldest, darkest and deepest waters. Kind of like putting the lights off.

Tagging plays a huge role in feeding our curiosity. Thanks to scientists and certain great whites originally tagged in North America, who then travelled to meet in an area off the coasts of Hawai. Still, only guesswork but closer to the truth was accomplished.

The research suggests that the Great whites, come to this midocean location to mate or give birth, it is known as “White Shark Cafe”. Fancy a honeymoon in Honolulu anyone?

They have a sixth sense:

Electroreceptors – what a big word. This is a cell network located in the Great Whites head which detects electricity. Every living thing emits electricity, so whether a fish is submerged under the sand, just a twitch of a muscle is enough to give away its location. What an incredible animal to have a built-in Navigator and sonar. No wonder it is a top predator.

All of this been said and done, it’s a shocker to know that these Guys also have social etiquette. It is a fact that when there is a shortage of food in an area these guys play a game like Rock-Paper-Scissors. Their version is more like whoever can make the biggest splash with their tails on the water surface wins. That’s much better than fighting each other for food which makes no sense at all.

Book your shark cage diving trip with us to get the ultimate experience you will never forget!

Tags: Great White Sharks
Comments are closed.
We use cookies on our website to give you the most relevant experience by remembering your preferences and repeat visits. By clicking “Accept”, you consent to the use of ALL the cookies.
.
Cookie SettingsAccept
Manage consent